I didn’t become a cop for the money. That was the mantra I told myself on a daily basis. The truth is, I set myself up for financial failure early on in my career. Because I was convinced I wasn’t supposed to have money, I didn’t feel guilty when I spent every last penny I made.

That was around 15 years ago. I was a new police officer and spending every penny I made because I didn’t realize there was any other way to do it. “At least I’m not going into debt” was my thought process.

That was right before I bought a two-bedroom, one-bath condominium unit in 2004. At the time, I thought it was a waste of money to rent, so when I moved out of my parent’s house, I made sure I had a place of my own.

Insert my 2004 condo that I could only afford because I signed up for a five-year adjusted-rate, interest-only mortgage loan. I could afford it only because I was looking at the monthly payments. I had no idea that in five years, when I was forced to refinance, I would be looking down the foreclosure road.

Three years later, still living in the condo, I married my wife. Maybe you’ve heard this story before. I didn’t have any extra money in the bank when I wanted to ask her to marry me, so I put her engagement ring on a credit card. When the wedding day finally arrived, I still had that engagement-ring credit card debt.

That was the beginning of our marriage. We combined our income, and now my new bride was faced with helping me pay off her own engagement ring. How embarrassing.

Five years went by way too quickly, and we were forced to foreclose after my mortgage payment skyrocketed, thanks to an increased interest rate.

At this time, we had $50,000 in vehicle loan debt and a foreclosure on our record. It was a dark time in my life and I thought this was the way it was supposed to be.

It has been 10 years since that moment. Where are we now? Our current home is two months away from being completely paid off. Our two vehicles are paid off, we have no debt, and we are on track to have $1 million dollars in our shared retirement account when I retire in nine years.

Say what?! No we didn’t win the lottery or gain a large inheritance. We did it with a budget, discipline, and maybe a few tears scattered in there.

How We Went From Foreclosure to Financial Security in 10 Years

My wife gets all the credit. We were sitting at a restaurant in the early years of our marriage, and she told me she was looking at our finances. She discovered I spent nearly $1,000 eating out at restaurants the previous month.

I had become accustomed to eating out for lunch and dinner — every single day. I was lazy, and my pocketbook showed it.

Right then and there, I was even more embarrassed. How could I have spent that much money on food? The struggle I had was that spending that $1,000 at restaurants did not add $1,000 worth of value to my life.

I Made My Budget My Best Friend

Thus began our financial journey of refusing to live like everyone else. We decided to get on a budget and track our spending. We were a credit card family, so we continued to budget by using credit cards.

I bet you can guess how that turned out.

Credit cards made it way too easy to overspend, and we were — or, I was — unable to stay on budget. This led to us taking drastic measures.

We Used Cash for Purchases

Ouch. Talk about a huge pain. Having to go to the ATM each month to take cash out for our grocery purchases, fun money, entertainment, and other expenses was a major inconvenience.

However, using cash forced us to stay on budget. It was almost easy. A pain, but easy.

The pain of having to use cash for everything quickly solidified permanent financial habits that we still use today. We now use credit cards but are extremely cognizant of where our money goes and how much of it we spent.

By sticking to a strict budget, while also giving ourselves the ability to enjoy life using fun money, we were able to change how we lived. We no longer spent out of habit, but out of intention. Our money was refocused on things that added value to our lives rather than spent out of habit or laziness.

We paid the minimum amount on our vehicle loans and saved up. We sold our expensive vehicles and bought two used vehicles with cash.

I began to put 18% of our income into my retirement fund, even though I am promised a pension.

If the pension is still there when I retire, great! If not, I will still be able to eat three meals a day without the fear of bouncing a check.

Does it make mathematical sense to pay off your mortgage early? Absolutely not. Why would you pay off a 3%- to 4%-interest rate mortgage when you could invest and earn around 8%?

Personal finance is personal. It’s different for everyone, and this is the goal we made for our family. Your situation may be different.

To pay our mortgage off in five years, I used a visual representation of the debt to keep myself motivated. I am a visual person, so I needed more than just a spreadsheet to show me my progress.

I put a glass jar with a bunch of marbles on our kitchen counter. Each marble represented $1,000 on our mortgage. At the end of the month, I would take marbles out of the jar to represent the amount we were able to pay off the principal. If we paid off $2,000 in one month, I took two marbles out.

You get the idea.

This was a great way to keep myself motivated. I could see each and every day how much I had accomplished and how much more we had to go. 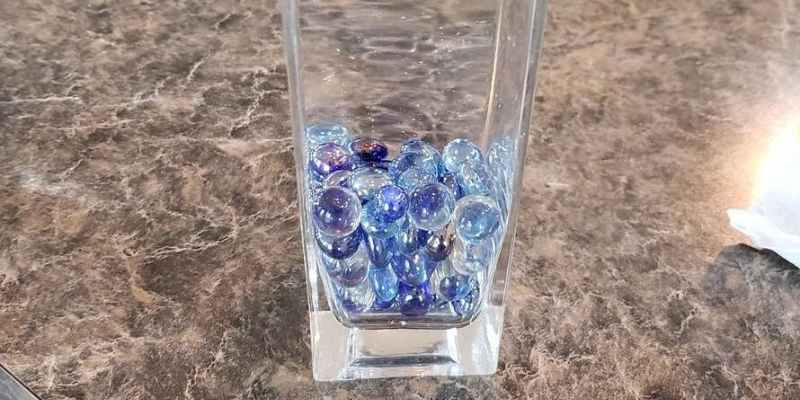 Don’t Be a Victim — Take Control!

My message to others is this: It doesn’t matter how much money you make. There is always a way to improve your situation. We cut back on most of our discretionary spending, and I picked up off-duty jobs to help us achieve our goals as quickly as possible.

If you have cut back as much as you possibly can, pick up another side job if you can. It could change your life. Even in my current financial situation, I still work a second job one day a week to help pay for vacations and other things that we want rather than need.

I encourage you to refuse to live your life in a broke state of mind. Figure out your goals and dreams, and make a path to get there.

5 Steps to Take Control of Your Money

Here are the steps we took to take control of our money:

If you stick to this plan and refuse to live paycheck to paycheck, you will be well on your way to retiring with enough money to actually enjoy retirement.

If you aren't using these 6 free cash back apps right now to save money on everything from groceries to gas, you're missing out on a lot of money. Get my guide to these 6 apps today!

Success! Now check your email to confirm your subscription.

Ryan Luke is a father of three, husband, finance blogger, and full-time police officer. Through proper budgeting and money management, Ryan and his family have been able to live off one income and build wealth at the same time. As an active member of the personal finance community, his goal is to educate and help people get out of debt and build wealth.