Can You Really Get Paid to Test Apps?

I’ll admit that I didn’t quite believe it when I heard that people could actually get paid to test apps.

Certainly no one would actually pay somebody to give their opinion on smartphone apps…would they?

Something as simple as playing with one’s smartphone can’t be done for money, can it?

Can You Get Paid to Test Apps?


So when I heard about this new supposedly lucrative work from home phenomenon, I decide to investigate for myself.

First, I had to get to the bottom of why anyone would want to pay somebody for testing apps.

I soon realized that the answer was simple: every day, there are literally thousands of apps being released on the app store.

And this sheer quantity creates a problem for app developers…


See, with so many apps hitting the market every day, it’s very easy for any given app to get lost in the crowd.

That’s where app testers come in.

App testers test the app, trying out its various facets and features, and write an honest review.

These reviews helps the app get seen in the Google Play Store and Apple App Store, which creates publicity for the app.

App developers also take the recommendations of app testers to make improvements to their apps.

How Do I Become an App Tester?


First, you’ll need a smartphone or tablet (any kind will do).

Then you pick an app to test out from this database.

Of course, then you try out the app, write a review, and get paid! 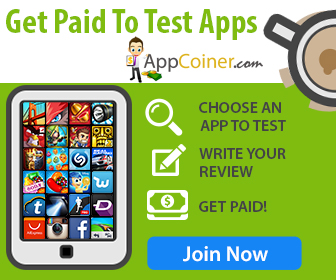